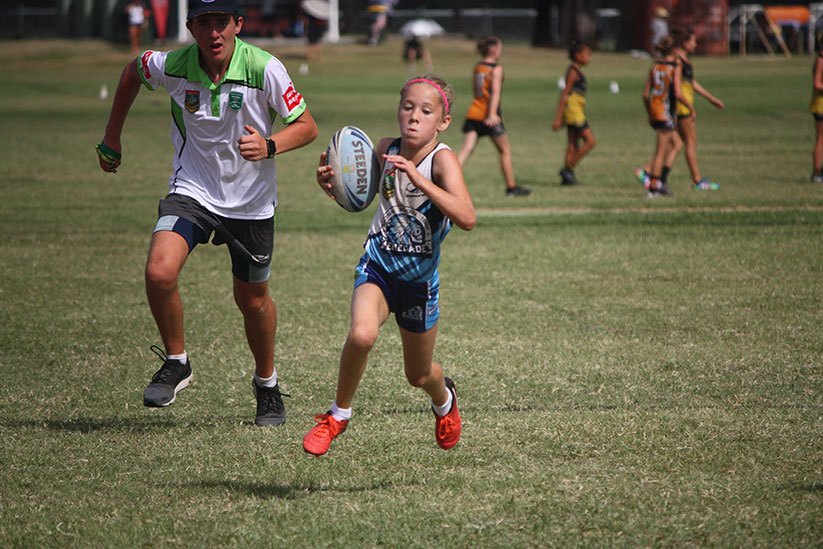 This is the premier NSW Touch Football junior representative event and is conducted in Port Macquarie each year commencing late February. As the title suggest this is the State Championship and open to all NSW Affiliated Members.

Northern Beaches Renegades will be planning to take teams from Under 8s to Under 18s to this event for 2021. It is played over a Friday, Saturday and Sunday, with the first day of competition being February 19th 2021.

The players will be trialling for a Junior State cup team to compete up in the NSW touch Northern Conference State Cup tournament with the age divisions being Under 8s, 10s, 12s, 14s, 16s and 18s boys and girls.

A new format still to be announced.

If your picked in a team for JSC or a development team there is a commitment.

JSC teams will train at least 1 day a week leading up to Christmas. After the Christmas break most teams start training again mid January and training days will go to 2 days a week. There is a player levy to cover uniform costs, tent fee at the tournament, referee fee & gala day costs. This levy will be around $340 to $400 per player. Players must be available for all gala days, the dates of these tournaments are listed in the ‘rep’ section.

Development teams- Will train in preparation for the Renegades gala day on December 12th. Trainings will be a minimum of one day a week, these sessions are compulsory for all players selected. All players will receive a uniform to play in for the gala day. The team levy will be around $115 per player which covers uniform costs, gala day entry & referee fee.

For 2017 it was the Clubs 4th year competing as Northern Beaches Renegades for Junior State Cup.

We once again were crowned 2nd place in Club Championship points.

Every single one of our teams from 10s through to 18s contributed to the club points. To make it to a round of 16 is a huge achievement considering the size of the event and the amount of teams competing. There were 1237 games played over 3 huge days of competition.

This event is open to regions in the 14, 16 & 18 years divisions. Each team is selected by the region via a combination of Junior Regional Championships and the Junior State Cup. This event is rotated around the State each year and conducted during the April School Holiday period